A History of Bowen 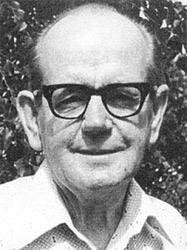 Bowen Therapy was the brainchild of Thomas Ambrose Bowen, who was born in Geelong, Australia in 1916.

He left school at 14 and after joining the local cement works as a labourer he became a prolific sportsman. With no medical qualifications he started treating people, developing his Therapy.

Tom was completely self taught – calling himself an ‘osteopath’ and treating over 13,000 people a year.

He died in 1982 but left no notes on his work. Throughout his career, Tom invited 6 men, his ‘Bowen Boys’, to watch him work take notes on what they saw. It is through these notes that the various schools of Bowen – for example BowTech and ECBS – have been developed into the world wide phenomenon that is the Bowen Technique.